soccer.
Back to speed collection 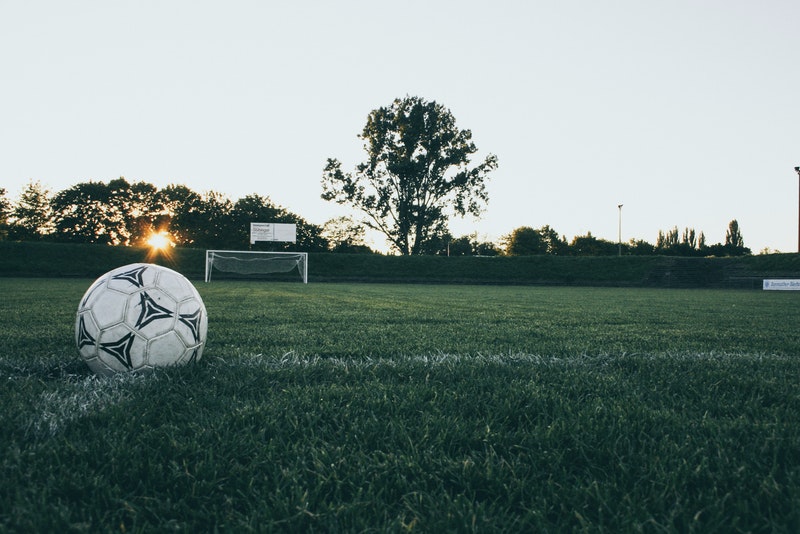 If you want to impress your coach when team practices start up again in the fall, you’d better make good use of the summer.

The long break between the spring and fall soccer seasons is a time to train smarter and more consistently than the players you will be competing against for a spot on the team, or the starting 11.

Your primary objective during this time should be to increase your soccer-specific conditioning level and to keep your skills sharp. Following are some guidelines for off-season training for soccer.

Aerobic fitness is the foundation of soccer-specific fitness. Without a strong cardiovascular system, you won’t have enough energy to play hard through an entire practice or game.

The best way to build aerobic fitness is through sustained, moderate-intensity movement. Two workouts per week lasting 30 minutes each is a minimum for increasing aerobic fitness. You can run, bicycle, swim, or do any of a number of other activities that you enjoy.

The basic format for an interval running workout is an easy jogging warm-up followed by several high-speed running efforts separated by short rests, and finally a jogging cool-down. In general, the high-intensity intervals should last 20 to 30 seconds and the rest periods should be equal in length.

These workouts increase a player’s ability to recover between periods of hard running and play during games, so you’re not spent after the first half. One to two interval workouts per week would be adequate. You can combine aerobic exercise and intervals by extending your warm-up and/or cool-down.

Raw sprint speed is also an important ability in soccer. But soccer-specific speed is a little different from the kind of speed you need for track, because it often requires quick changes in direction and dribbling or kicking on the run.

To develop your soccer speed, first of all do a few short sprints of about 40 yards — some straight, others with sudden changes in direction. Try all kinds of different start positions, from standing to kneeling to facing backwards.

In addition, do some sprints while dribbling the ball. And lastly, do some agility drills, like creating a “slalom” course with cones or other markers and sprinting through it.

Soccer players need strength for the many physical challenges the game demands. I recommend that soccer players emphasize “functional” exercises that strengthen movement patterns rather than individual muscles. The lunge is functional; the biceps curl is not.

Be sure to work on the whole body and not just the legs. Also, keep in mind that you need to strength-train at least twice a week to see results.

Stretching improves your flexibility and agility and helps prevent injuries. An active warm-up with some stretching is a good way to begin practice. A cool-down involving more sustained stretching is very important at the end of the training session.

Soccer players need to give special attention to their hamstrings, groin muscles, and calves.

Do you remember those Nike TV commercials that show a player juggling a ball during his morning routine at home (showering, eating breakfast, etc.), beginning the moment he wakes up? Admittedly, this is a little extreme, but there is something to be said for spending a lot of time playing around with a soccer ball.

No matter what position you play, it is important that you have a high level of “feel” for the ball, and feel comes from nothing else but accumulating experience with a ball on your foot (all parts of it), not to mention your thighs, chest and head (and hands, if you’re a goalkeeper).

Young basketball players are often much better about messing around with the ball on their own than young soccer players. Follow their example!

Juggling is one good way to develop ball feel. But even better is kicking the ball against a wall and playing rebounds in different ways. The best thing about this type of practice is that most players enjoy it.

There is no substitute for playing the game. If you were to do only one kind of training for soccer, it would have to be scrimmaging. Game opportunities may be limited during the summer, but even a game of two-on-two with a few friends in your neighborhood is better than nothing.

Most youth players fail to take full advantage of all that is now known about fueling muscles during exercise. Players should use only a quality sports drink to supply all of their body’s hydration, energy, and nutrition needs while working out and playing.

A good sports drink, because it contains electrolytes, hydrates players faster than water and provides plenty of carbohydrates to fuel the muscles and delay fatigue.

But not all sports drinks are the same. A new generation of sports drinks, based on the latest exercise nutrition research, also contains some protein, which has been proven to deliver energy to the muscles even faster than a conventional sports drink, resulting in better endurance. The ideal ratio of carbs to protein is 4:1.

In a University of Texas study, a 4:1 carbohydrate-protein sports drink (Accelerade) was found to increase endurance by 24% more than a conventional sports drink and by 57% more than plain water. Sports drinks with protein also accelerate recovery between workouts.

As in any other sport, the recipe for success in soccer is equal parts talent and preparation. There’s not much you can do about talent but there is a lot you can do to prepare.

By training smarter and more consistently than other players (and fueling your training properly) during the off-season, you can move ahead of them while they’re not looking.