soccer.
< Back to General 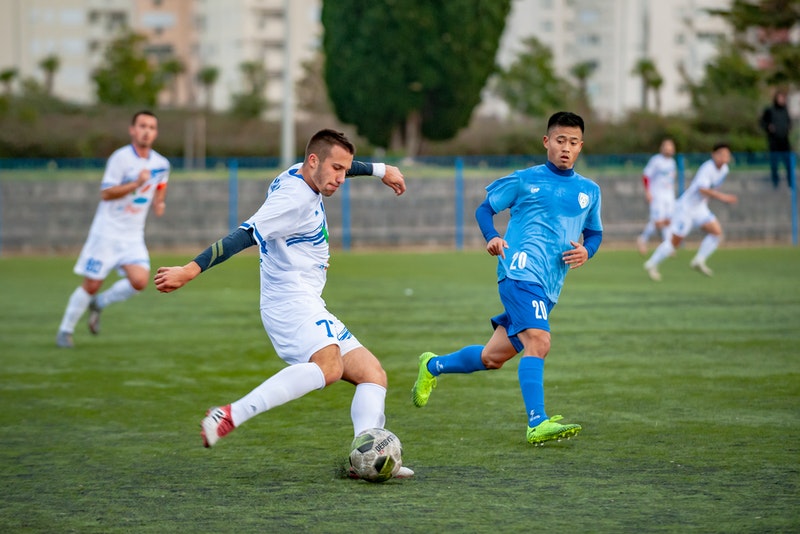 Anemia is a blood disorder most often caused by lack of iron in the blood.
Anemia due to iron deficiency is more common in women. In fact, if you’ve coached girls or women in the United States, you’ve probably coached someone with anemia as rates in women are as high as 12%.
So how does this affect your players or you as the player, and what are some ways to work with it? Coach Bob Seebohar offers some advice.

Iron Deficiency, Anemia, and Performance
Iron is an extremely important mineral for good health and performance. The most important role iron plays is as a component of the protein hemoglobin, which carries oxygen from the lungs to the body’s cells. A higher level of iron can mean a higher aerobic capacity and better performance.

Maintaining iron balance can be difficult for some athletes because iron is lost through sweat, urine and the gastrointestinal tract. Iron stores are quite difficult to maintain in some athletes, especially  endurance athletes (females more than males). And because the iron from foods and supplements is not fully absorbed, athletes must pay particular attention to the quality and timing of foods eaten to prevent iron deficiency anemia.

Symptoms
The easiest symptom to notice associated with iron deficiency anemia is fatigue that worsens with exertion. Fatigue is common and can have many different causes (such as other nutritional imbalances, illness or stress). If an athlete experiences normal fatigue throughout the day and is not worsened with exercise, the cause is likely not iron deficiency by itself. The following are also possible symptoms of iron deficiency anemia:

Let’s Get Technical
A full laboratory blood iron panel is the best way to assess an athlete’s iron status. There a number of clinical markers that describe iron status including serum iron, red blood cell count, hemoglobin, hematocrit, total iron binding capacity and serum ferritin. Serum ferritin, a marker of stored iron, is not tapped into until levels of iron become too low to support demands. For example, if the body is using and excreting more iron than it is receiving from food, the ferritin level will slowly decline. If an iron deficiency is suspected, I recommend the athlete visit a physician who specializes in working with elite athletes and receive a complete blood count (CBC) and iron panel.

Iron Periodizationation
Based on the lab and geographical region, normal ranges will differ so it is important to receive a baseline test on each athlete. Ideally, this would be done during a transition cycle in their training program since there typically exists a linear relationship between iron stores and training status. Typically, high volume training can cause a decrease in iron stores; therefore, it is important for the coach to periodize an athlete’s nutrition, specifically iron in this case, based on training load changes. Normally, I recommend a 3-6 week iron focus including iron rich foods and possible supplementation (see below) prior to an increase in training load or travel to altitude. This amount of time will allow the body to increase its iron stores to prevent a significant performance decreasing effect during the training cycle.

Improve Your Ferritin Level
Training increases the demand placed on the body’s iron stores but depending on the athlete and current iron stores, it is possible to improve iron stores through a well structured eating program. Heme iron (found in animal products) has the highest amount of iron and is absorbed in higher amounts in your body. Non-heme iron (found in non-animal products) is lower in iron and is absorbed in lesser amounts in your body. Non-heme iron is regularly consumed by vegans or athletes not eating animal products. The following is a short list of heme and non-heme iron containing foods:

As mentioned before, heme iron is absorbed better than non-heme iron. To increase the absorption of non-heme iron containing foods, have the athlete consume a source of vitamin C at the same time that a non-heme food source is eaten. For example, drink a glass of orange juice with spinach salad made with chickpeas and kidney beans or enriched pasta made with marinara sauce with crushed tofu added.

For athletes with diagnosed anemia (not self-diagnosed but from an actual blood test), it may be important to not only focus on eating foods high in iron but also taking an iron supplement. Consult with a sports physician and a sports dietitian before doing so as there could be complications of iron overload, namely the development of hemochromatosis (caused by a genetic defect that affects the ability to regulate and absorb the iron in the body). Taking iron supplements does not fall into the “more must be better” category and can have very dangerous side effects. In addition, supplemental iron (found in multivitamins also) may cause constipation in some athletes. There are many types of iron supplements and in the recent year, I have identified a type that is more absorbable in which the athlete requires less of and has very few to no negative gastointestinal effect. Look for ferrous bisglycinate, also called ferrochel in some products. As with any supplement, be sure the product has been third party tested for contamination and there is written proof, with a certificate of analysis, of each batch the athlete takes. It is a good idea to file each certificate of analysis of each product should the athlete need to refer to it in the future.

Replenishment of iron stores typically takes about 6-8 weeks and in most cases of low-grade iron deficiency, supplementation is not necessary. Emphasize the consumption of iron rich foods with a good source of vitamin C accompanying it and be sure to have frequent blood tests performed on at-risk athletes and have these results interpreted by a qualified health professional.